Early Digital Adoption Series Part 1: How To Get Ahead of Your Competition 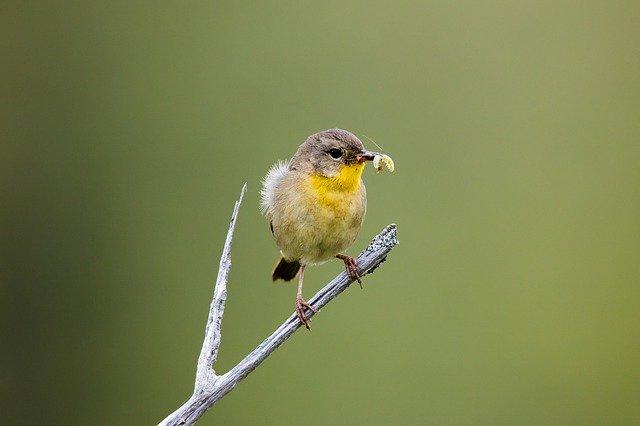 What is early adoption in digital marketing?

An early adopter is an early customer or user of a product, company or technology. For digital marketers, the new venture might be an upcoming social media channel, a new tool to use for PPC advertising, or something a little less tangible such as a different way of thinking about your marketing strategy.

It’s worth noting that you don’t have to be in the first handful of people ever using the technology in order to be an early adopter. You can be an early adopter in the context of your own niche and in relation to your competitors. A type of technology may have been around for a while but if you’re the first of your competitors to use it, or if you find a way to modify it to make it appeal to your target market in a new way, that could be considered very innovative.

Why should you be an early digital adopter?

As the saying goes, the early bird gets the worm. But if the bird is “breaking new ground” (see what I did there?) with its beak, it could hurt itself (or its brand) in the process. On the other hand, if the bird is the only one pecking away at the soil, it could have hit upon something very lucrative. Bird analogies aside, here are a few pros and cons that come with being an early adopter:

If you take on new technology, you might find yourself in the right place at the right time for your target market – especially if they are early adopters, too. Taking social media as an example, you could find many new customers by trying a different, up and coming platform that targets the same people you do.

By trying something new your competitors haven’t gotten started with yet, you could be giving yourself a great advantage and increasing your visibility compared to other brands.

Depending on what company or technology you begin using, you may get early adopter perks like new features, extra support or discounts.

If you’re a beta tester, you might be able to provide feedback that influences the future of the product or service. Your feedback could improve the technology both for yourself and for future users.

The main drawback from trying something new is that it simply might not catch on, and you could be wasting your time if nobody flocks to it.

There is a chance that something that seems like it’s becoming popular will simply fizzle out, unable to stand the test of time.

New technology – especially if it’s still in beta testing stage – may be prone to bugs, making it difficult to use or impairing your ability to represent your brand well while using it.

One word of caution is: don't stick with something that isn't working just because you've tried it early. It can be easy to feel like you need to carry on with something when you’ve already invested time and energy into it, but not every emerging technology is going to be relevant to your business. It’s okay to admit defeat if something new doesn’t pan out and go onto something else instead. Otherwise, you’ll have spread yourself very thin continuously picking up every new thing that comes out, with little to show for your efforts.

How to become an early digital adopter

Bearing all of that in mind, there are a few ways in which you can keep up with the latest developments in digital marketing and web development. Read digital marketing news websites, follow technologists you admire on social media, and find out more about the new ideas that pique your interest. If there is something you particularly like the sound of, you could reach out to the creator and find out how you could be one of the first people to try out the product, or get involved with helping to test or even offer your own input if it aligns with your expertise. In this case, you’ll have moved yourself from early adopter to innovator, which will give you even more to shout about.

However you do it, keeping up to date with what’s going on in the industry is essential for all digital marketers, and it’s what your competitors are likely doing – so don’t get left behind.

How to choose which technology you adopt

But let’s get a little more specific now. We’ve been talking about why you should consider being an early adopter within the digital marketing industry, but exactly what technology could you – and should you – consider adopting?

The answer to this will depend largely on your target market. Who are they and what technology is going to appeal to them? For example, a platform such as TikTok aimed at Generation Z might not be the right place to find the audience for your specialist over 50s insurance company. However, these distinctions might not be as clear for other opportunities, especially when a platform is just beginning to emerge.

Another thing to consider is how the new technology you consider might fit into your business. Is it aligned with the way you position yourself in the market, your values and your core competencies? Do you have the time, skills and resources to accommodate it? For example, a live chat function for your website will require someone to be there to answer questions – do you have someone on your team who can take the time to do this?

In the rest of this series, the types of technology we’re going to focus on are:

Read on for the second installment of this series: Early Digital Adoption Part 2: The NLP Edition.

COVID-19 One Year On: How Has the Pandemic Pushed Businesses and Consumers Towards Digital?

What Is The Impact Of Brexit On eCommerce?