Why SilverDisc Has A Global Reputation For Ethical SEO

Part of that foundation is our understanding and implementation of technical SEO. In 1999, SilverDisc’s founder and managing director Alan Perkins filed two patents that addressed some fundamental SEO topics - crawling and indexing the web, and the personalisation of search results. Both patents were granted and have been successfully licensed, and you can read them here and here. The issues covered by these patents are still relevant today and we continue to use their principles and processes in the in-house systems and tools we run for our clients.

Our SEO reputation has been formed in part by these patents, but also by Alan’s knowledge of not just how to do SEO well, but how to do it ethically.

In 2001, Alan was speaking at the Search Engine Strategies conference in San Francisco. The theme of the session was “cloaking and doorways”, which is essentially the practice of presenting search engine spiders with different content to that shown to the user – creating pages for search engines that are optimised for specific keywords, while redirecting visitors elsewhere without their knowledge. These days, such methods are known as black hat SEO and not only are they frowned upon and considered unethical, but because of this, they are no longer effective and are more likely to get you penalised by Google than improve your rankings.

However, back in 2001, Alan already knew that employing ethical tactics, rather than trying to manipulate the search engines, was a better way to go. He had travelled halfway around the world, at his own expense, to spend twelve minutes telling the audience (who had themselves paid to travel and learn about cloaking and doorways) why they shouldn't, in fact, use these unethical techniques. In the audience were people from Google, who liked not only what Alan had to say but also how he said it, in a way that laid out long term principles rather than detailed technical guidelines.

Google's Head of Webspam at the time, Matt Cutts, contacted Alan and, as a result, two of Alan's principles made their way into Google's Webmaster Guidelines. They are still there today. Matt Cutts says:

“Our discussions helped to clarify the guidelines and the thinking behind them; we'd been batting around similar ideas within Google, but hearing the same things being said from outside Google was very helpful to know that we were on the same page as other smart people.”

As a result of this, SilverDisc became known for its high ethical standards, a reputation it has carried forward to today through the work it has done for many clients.

This allows us to guarantee that our clients will not be penalised for SEO work carried out by us. If you would like expert help with any aspect of your SEO, please get in touch with SilverDisc. 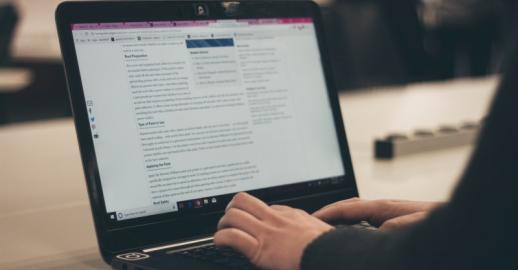 An Introduction To SEO Links