Marketing During Coronavirus: Successes and Blunders From Big Names

It’s safe to say that things haven’t been business as usual for the last couple of months, with the Coronavirus outbreak changing both our working and day to day lives. Businesses have had to adjust to this shift too, with very few having experienced anything quite like this in their lifetimes before. When the dust settles and the lockdown lifts, the actions that businesses took during this challenging time will be remembered - whether it’s for the right or wrong reasons.

In this article, we look at examples of two businesses who got their marketing right during the COVID-19 pandemic, as well as two who really didn’t.

The beauty of the internet is that it connects you to designs that you wouldn’t typically see on your high street. This is where some of the biggest, best and most viral designs for cards, clothing and stationery take shape. Platforms such as Etsy, Redbubble, Ohh Deer and Society6 are great examples of this, but the one that stood out for me personally during lockdown was Thortful.

A UK-based card provider, which works with small independent designers to create a wide range of gifts and greeting cards, Thortful were quick to capitalise on the lockdown situation for topical cards in a way that felt light-hearted and amusing, rather than simply capitalising on a bad situation.

Mother’s Day came at a time where stockpiling in supermarkets was rife, particularly for products such as toilet paper and hand sanitiser. Whilst the situation was frustrating for the general public, artists turned the situation into an amusing card design. Thortful saw the opportunity and pushed the card designs on Facebook, paying for sponsored placements to maximise the reach of their limited-time cards. With over 300 reactions, 100 comments and 40 shares, the post was a success and captured the humour of a troubling situation.

Since then, Thortful has continued the trend with a range of cards around social distancing and self-isolation for greetings, birthdays and more.

Not content with brightening up people’s days with cards, Thortful also committed to producing 500 visors a day for 30 days to help the NHS during COVID-19.

To help with the shortages, we have just started working on making hand sanitiser at our distillery in Scotland. We are determined to do everything we can to try and help as many people as possible stay safe.

It's time to keep it clean. pic.twitter.com/1rNoGqdVXF

With pubs, bars, restaurants and event venues closed due to the lockdown, breweries were always in danger of being hit. Multinational brewery and pub chain Brewdog seized the initiative to help the UK in battling coronavirus by switching production from beer to alcoholic hand sanitisers.

The brewery kept followers in the loop on Twitter, posting regular updates of the process - including a video of its production. And so, the Brewdog Punk Hand Sanitiser was born - a form of charity had become a form of brand marketing.

Despite the hand sanitiser being initially rejected for not meeting clinical standards, Brewdog persevered and were eventually accepted. Its willingness to both produce and donate 110,000 free bottles of the product to NHS and charitable groups will leave a lasting impression on the nation long after lockdown ends.

Contrast Brewdog’s efforts with that of JD Wetherspoon, arguably the UK’s largest pub chain. Pubs by design are local landmarks - places where memories, friendships and human interaction flourishes. Without people, pubs would cease to exist - so it’s best to look after them.

From his early comments suggesting that closing pubs won't save lives, to his early lockdown response of withholding staff pay until the government’s furlough scheme came into play, JD Wetherspoon’s owner Tim Martin made few friends in March. It wasn’t long before the news went viral on Twitter, with many voicing their outrage at the decision.

Unacceptable that Wetherspoons has refused to pay its 40,000 employees until it receives its Govt loan - potentially in late April - after first refusing to lock down altogether. If bosses disregard employees' wellbeing then Govt should take tougher action to force compliance. pic.twitter.com/rEB3HwnzDy

Some of the actions went beyond angry tweets and into real-world actions against the pub chain:

The Wetherspoons in Crystal Palace this morning... pic.twitter.com/IRUJ7CZ5fD

The pub chain, who had pulled out from social media accounts over the last few years, had no way to defend itself or provide any form of de-escalation whilst the furore around Martin’s decision took hold.

It took union intervention for the owner to relent and agree to pay staff, whilst still withholding supplier payments, but the damage had already been done online, with #BoycottWetherspoons getting plenty of traction on Twitter.

It wasn’t just customers putting the boot in either, with West Brewery in Scotland cutting supplier ties with the chain and explaining that they would “rather sweep the streets than do business with people like him”.

Got It Wrong - Non-Essential Sports Direct

During the coronavirus pandemic, the villains of the piece are those valuing profit over people. Sports Direct appeared to be a classic example of this when Mike Ashley wrote to staff to claim that they were vital workers because they sold sporting and fitness equipment during lockdown.

Sports Direct went as far as tweeting Downing Street on the day to ask if they, a sports and clothing provider, could stay open in the belief that they provided an essential service.

Hi @BorisJohnson @10DowningStreet should we open our stores in the morning? pic.twitter.com/IoXGE1Nhto

Their tweet was met with something Twitter folk would call a “ratio” - a vast number of replies that greatly supersede the number of retweets and likes. It’s an at-a-glance sign that someone’s messed up. A ratio of 3.1k comments to nearly 400 other engagements showed that Sports Direct had got this horribly wrong.
Some even took the opportunity to poke fun at the request:

Please open, I'm self isolating and urgently need one of those massive mugs and an Under Armour head band.

Please do. I couldn't buy any pasta or tinned goods at the weekend so am planning on eating some Donnay socks and a squash racket instead.

Whilst others remained more serious in the face of COVID-19:

As a Sports Direct employee (ROI), this question even being asked is ridiculous.
Hours have been drastically cut leaving many employees to have 4 hours only. This decision disallows employees to apply for our social welfare. €40 is not worth risking our health. CLOSE YOUR SHOP!

Err, in a word No! And whilst I was planning on buying some sports equipment online for my daughters to use, after this low trick, it definitely won’t be with https://t.co/AEPfMuwbR6. Putting profits over people’s lives is utterly reprehensible. #boycottsportsdirect

Following a massive backlash, including the #BoycottSportsDirect hashtag on Twitter, a u-turn and public apology from owner Mike Ashley followed and Sports Direct proceeded to close its retail stores.

What have we learned?

The first lesson we learned is the power of social media. Social networks are effectively news sites now, and will likely be the first port of call for followers who seek updates on how your business is handling COVID-19.

JD Wetherspoon’s reluctance to be on social media to tell their side of the story, however crass it may be, meant that the first news that the general public heard of their COVID-19 actions were from angry union press releases. The company had no way to try to clarify or defend themselves online, as they’d pulled away from online social platforms. Meanwhile, the tone-deaf tweet to Downing Street by Sports Direct also highlighted how an internal question really didn’t need to be aired in public, leaving themselves wide open for criticism.

The examples above also taught us the value of regular engagement. If you’re doing something good and positive, reinforce it and keep it front of mind for customers. Regular updates of Brewdog’s Punk Hand Sanitiser in tweets, press releases and videos created a journey for followers and regularly reminded them of the good being done by the brewery. Thortful’s steady stream of relevant cards also ensured that they had multiple chances to appeal to potential customers whilst giving people a reason to follow their Facebook page - to see what the next funny card will be.

If you would like any help with navigating online marketing during or after the coronavirus pandemic, you’re in the right place. Let us know how we can help. 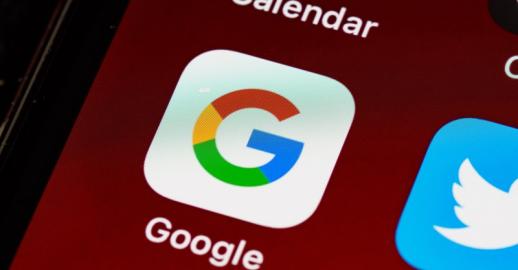 What Is Google Ads? 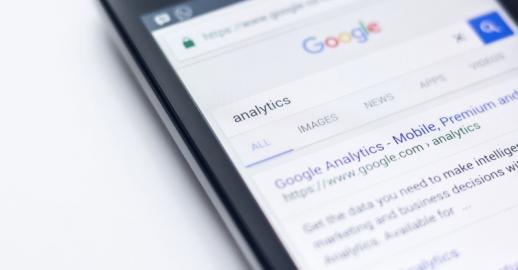