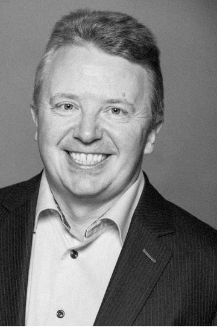 Alan is the Managing Director of SilverDisc and was a co-founder in 1993.

He graduated from the University of Surrey in 1989 with a degree in Electronic and Electrical Engineering before working as a programmer for a large software consultancy. He then joined Philips Interactive Media Systems in 1990 where he developed CD-i (Compact Disc Interactive) multimedia software. After two and a half years, Alan left Philips and co-founded SilverDisc, initially working on compact disc technologies (silver discs, hence the name of the company), before rapidly moving into website design development and hosting in 1994 and online marketing in 1995.

In 1999, Alan developed two search engine patents, both of which have been granted.  He is an industry-leading advocate of best practices in search marketing and this led to him contributing directly to the first Google Webmaster Guidelines in 2001, the only outside agency to do so, working with Google's Head of Webspam, Matt Cutts, and first employee, CTO Craig Silverstein.

Alan speaks regularly at leading conferences around the world on digital marketing.

SEO During and After Coronavirus

How Expertise, Authority and Trust improve SEO for Google

Next Generation Site Architecture - a report from SES 2013

We can apply our extensive digital marketing knowledge to help you reach your business goals. Contact us to take the first step - your success starts here!